This page is associated with the website "Stark Lines of Descent" It was moved to a new server in July, 2020.

This webpage was last updated on August 3, 2020 by Sheila (nee Stark) Schmutz sheila.schmutz@usask.ca It was originally posted on June 6, 2010.

Although a version of the Aaron Stark lines are shown on the main Stark Lines page, the number of men tested in this family has necessitated a separate page about this family. I am a visual thinker and so find charts and diagrams help me "see" things better. I thought perhaps this might help others as well. Note that in some branches of the family the vertical line shows that the family didn't move often. In other branches the horizontal comparison showed that brothers and later cousins moved to another place together.

The charts below show the lines for the men who matched the Aaron Stark Descendants Y haplotype very closely and who had submitted a complete genealogical line back. Some men had completed their genealogy prior to Y DNA testing and others afterwards. Some were helped in their research by Gwen Boyer Bjorkman or Clovis La Fleur, both of whom are excellent genealogists of this family and who have large gedcoms posted on RootsWeb with notes verifying their research.

This is a private webpage that has no "official" connection to FTDNA or the Stark Surname Project there or at any other such company. Please address corrections and additions to her.

In addition to Family Tree DNA (FTDNA) where most of these men have been tested, there is one man who has recently been tested at the Sorenson Lab (http://www.smgf.org). Mr. 9Z5ZG Stark is also a descendant of Aaron Stark. We welcome him!

Aaron Stark I was born in 1608, probably somewhere in Great Britain. He married late in life in Connecticut after some adventures and had at least two sons: William and Aaron II. 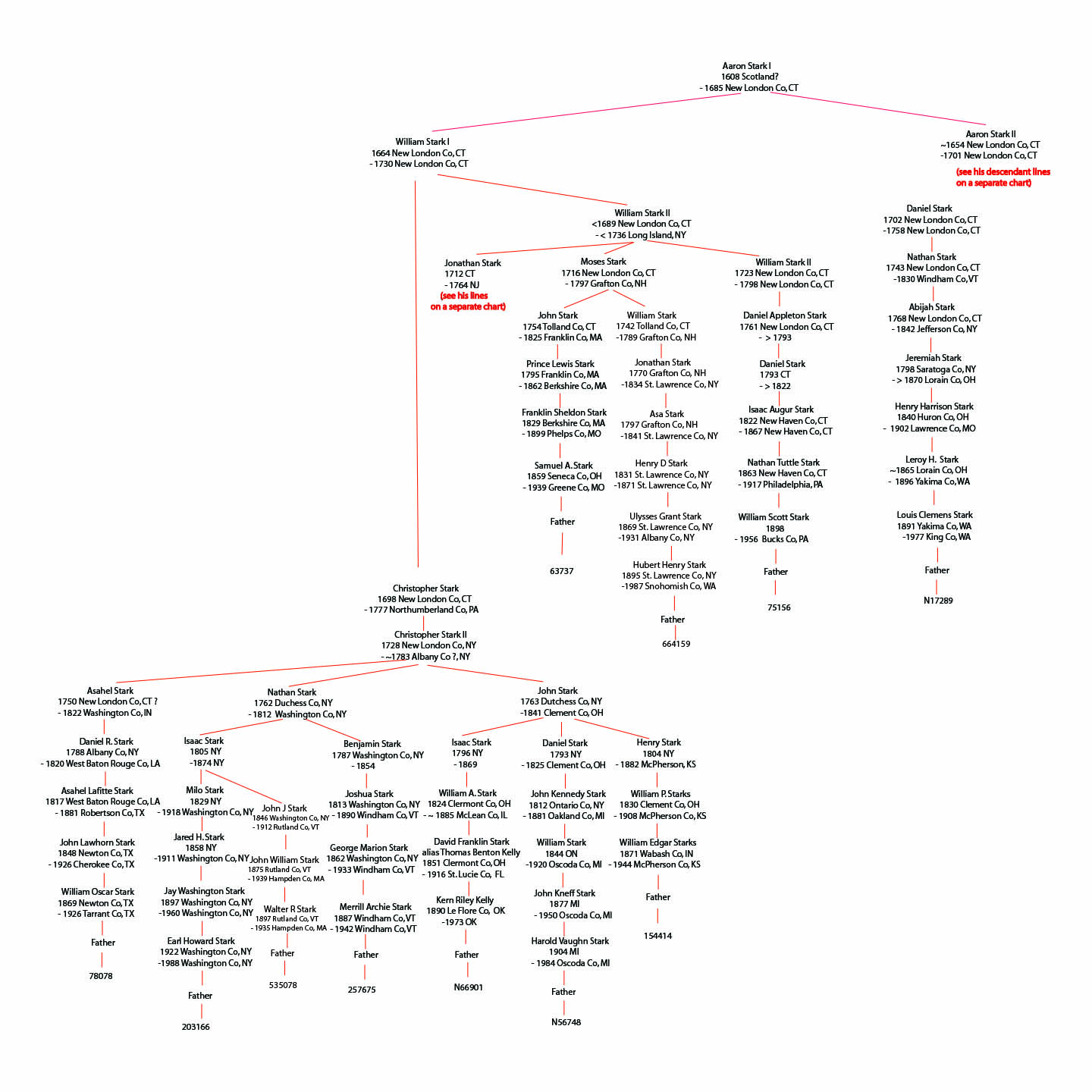 The descendants of Aaron Stark's grandson Jonathan, via his son William, are shown in the chart below. (updated Aug 2020)

The descendants of Aaron Stark's second son, Aaron II are shown in the chart below. (updated Nov 2021) 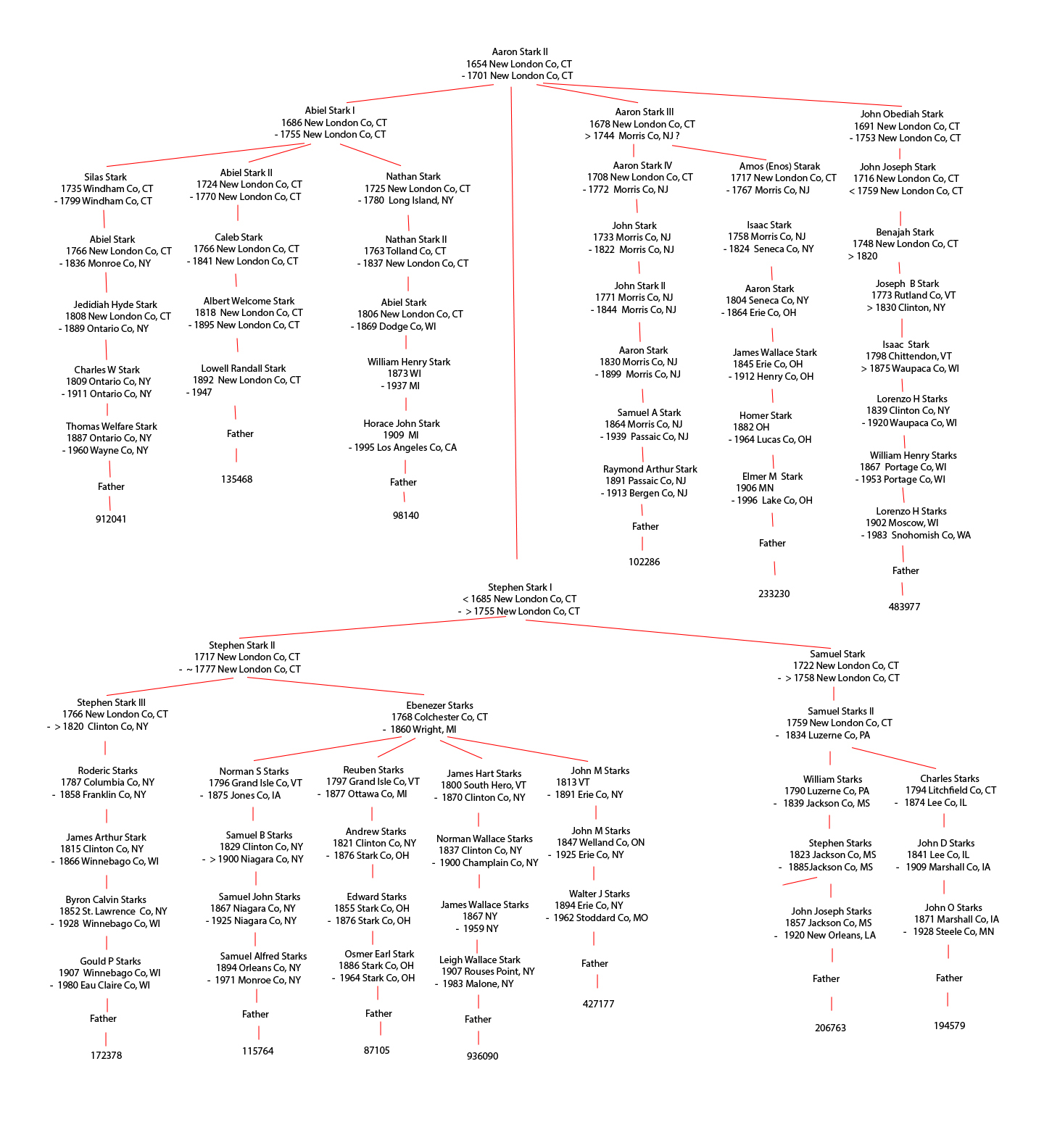 A more in depth analysis of the Y DNA results from the men who share a high percentage of markers and trace their genealogy to Aaron Stark, please see a page by Clovis La Fleur.

The country of origin of Aaron Stark has interested many people. It was hoped that data from the Y DNA results would help provide a clue to his birthplace. For some information about this, please see an accompanying page.

Links to Other Related Sites about Y DNA

This is the site to view the actual haplotype data and sign up to participate if you are not already tested and would like to be. This website althoughs men who have been tested to look for matches, even if they were tested with a company other than FTDNA

Links to Sites with Stark Family Genealogy Data and History

Back to "Stark Lines of Descent"